Kusanali's name (via leakers), 'Nahida' is likely derived from 'Nahid', a derivative from the Zoroastrian goddess Anahita. However, the title 'Kusanali' itself is of buddhist origin, from the Jataka Tales specifically. Keeping both these names in mind, I wanted to make a design that referenced both Anahita and the Buddhist influence on Nahida.

The first step was figuring out how much influence Buddhism had on the Persian empire and it was.. not a lot. Only the eastern part of the empire was influenced to some small degree. I then narrowed down the time of spread to when the Parthian empire was a major power.

With an empire spreading all the way from modern day Iran to Pakistan, it should be obvious that the cultures it covered are all not the same, and this isn’t even getting into how diverse the ethinic groups are. We do not randomly mash the most 'aesthetic' cultures together here sir.

I was using the Buddhist hotspot city of Gandhara (marked roughly with the white X) as a point of reference for where to take design inspiration from. 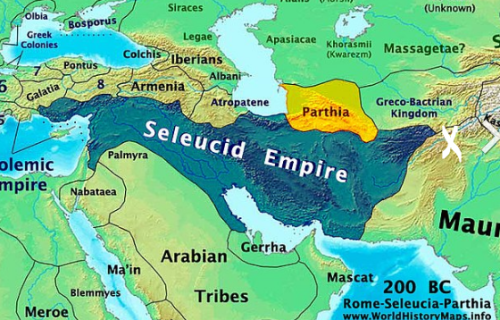 Since Parthia was too far north from Gandhara, it would have been less influenced by Buddhism. A friend stepped in and helped narrow down prominent regions that Parthia was allied with, and they finally located the one that was closest to Gandhara (circled in white).

The Sistan and Baluchistan region is populated by the Baloch people of Afghanistan + Pakistan, with clothes having a very distinct embroidery style. I referenced the basic silhouette of the clothes and jewelry from them but took some liberties with the embroidery itself.

The pattern I made for the dress was made using a peepal/bodhi leaf as base. The bodhi tree is symbolic of Buddha's enlightenment. You can also see the leaf's shape in her necklace and headpiece as well.

The other Buddhist elements I used were how sculptors drew the lotus the Buddha sits on with her slippers, and her earrings. To my knowledge, plain hoops are not a commonly used style, but I wanted to draw parallels to how the Buddha's ears are shaped in sculptures.

Anahita's influence is more apparent in my colour choices. This extract describes how she looks:

"She is regularly depicted as a beautiful woman in a white gown embroidered with gold, wearing golden earrings with a gold necklace around her throat and a golden crown. She carries the barsom twigs of life in one hand (representing the bounty of the earth and, so, fertility) and drives a chariot drawn by four horses of wind, rain, cloud, and sleet."

Hence the gold jewelery and white base clothes. No this is not a Saraswati reference because the two goddesses are Not The Same.

Finally her henna, when I looked up barsom, I found this Zoroastrian ritual tool by the same name that holds the barsom/barsam/myrrh twigs. I referenced the crescent shape of the tool in Nahida's henna, and looked at other henna designs in order to create it.